Tourist attractions of Saint-Louis and its surrounding areas 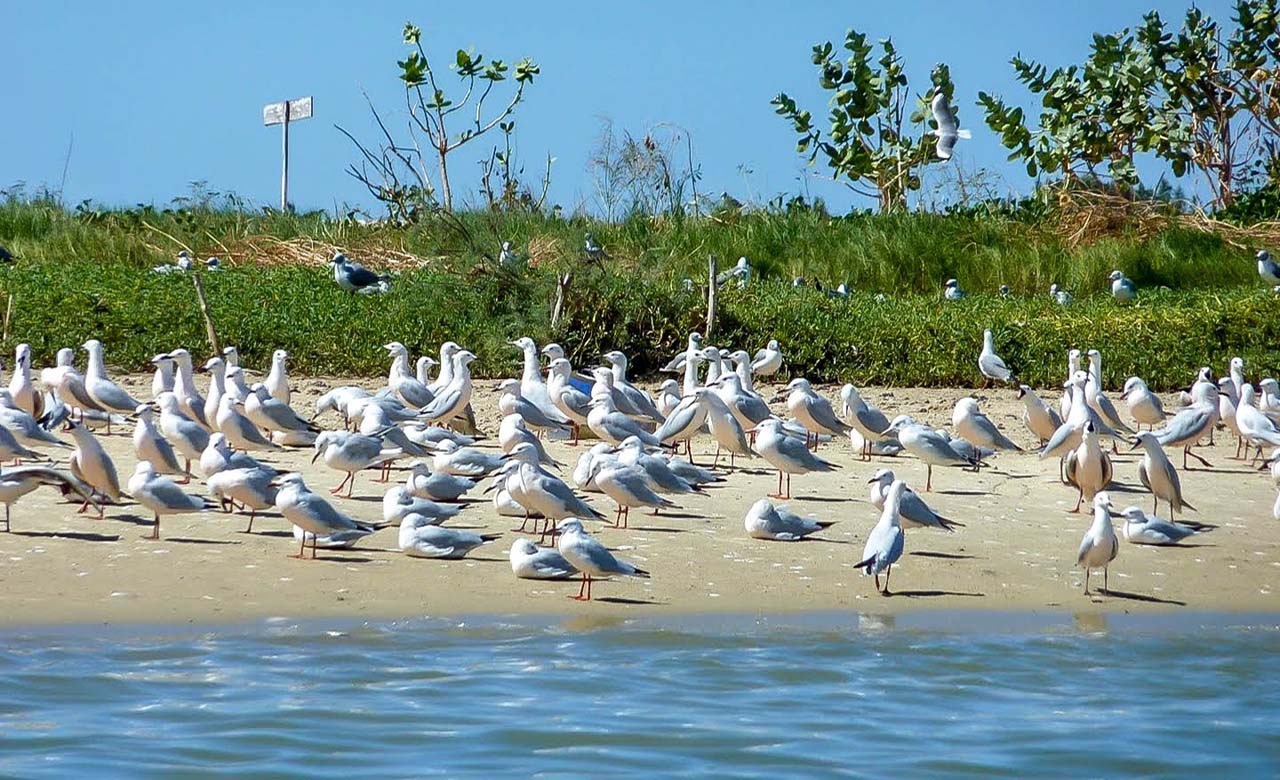 A historic city located in the north of the country, the Saint-Louis region is one of the 14 regions of Senegal with Saint-Louis as its capital. It is composed of 3 departments: Dagana, Podor, and Saint-Louis, with an estimated population of 1,036,009 inhabitants and an area of 19,241 km². Its main municipalities are Rosso Senegal, Richard Toll, Dagana, Niandane, Podor, and Golléré. Saint-Louis was founded by French settlers in 1638 and named in honor of the King of France Louis IX (Saint-Louis) in 1659. Saint-Louis was also the colonial capital and the first permanent French colonial counter in Senegal. An important intercultural trade center that has made Saint-Louis since 2000 a UNESCO world heritage. This area offers incomparable biodiversity, unparalleled historical sites, breathtaking landscapes, flora, and exceptional wildlife. On foot, by camel or quad, you will discover a wonderful savannah and a beautiful desert with red and yellow dunes like those of Loumpoul. Through foot walks, horse-drawn carriage rides, or pirogue rides on the river, you will also discover colorful colonial houses with wrought iron balustrades, warehouses and you will meet a typically warm and legendary population. The sandy beaches and many hotels with exotic charm await you there. 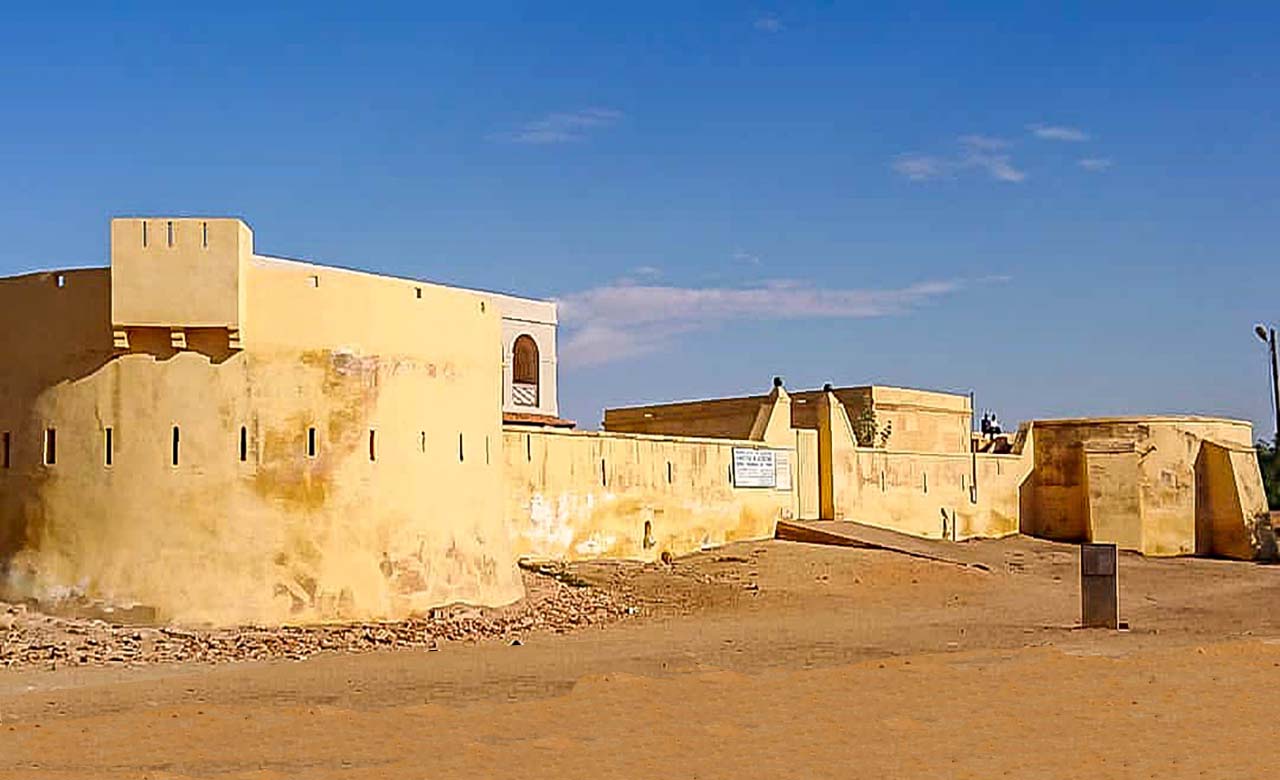 The Podor department is one of the oldest cities in the St. Louis region. It covers an area of 12,948 km² and has four communes and ten rural communities with nearly 272 villages. Built on the banks of the Senegal River in 1744, this historical museum has housed the various commanders of the French army who had succeeded since its inception until 1947, the date marking the end of the occupation by the French army. After its occupation by the French army, it was in turn occupied by the Senegalese army and gendarmerie. This former counter of the colonial era now houses a
museum full of history. 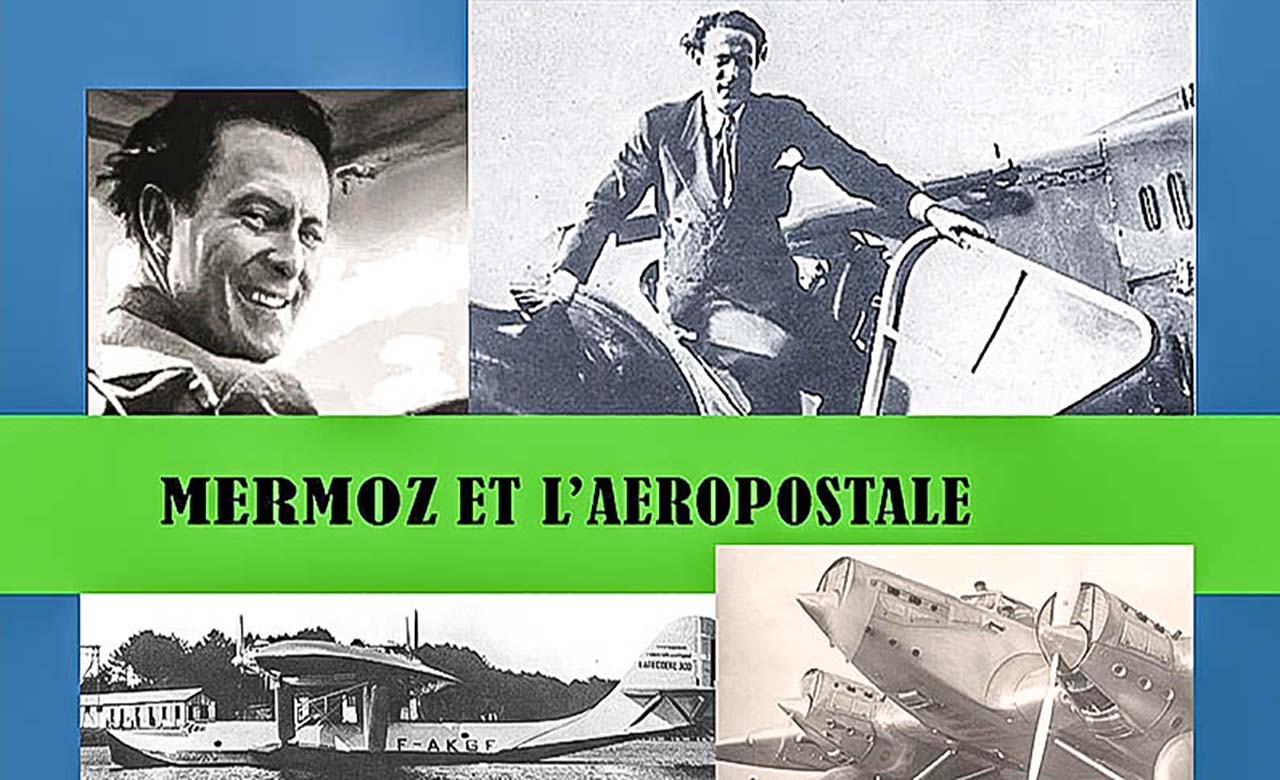 This small museum gives a glimpse of the life and era of Jean Mermoz, Antoine de Saint-Exupéry and others who were pilots during the golden aviation period of the 1930s. Saint-Louis was the landing base of the first plane that crossed the South Atlantic Ocean in 1930, with Mermoz on board the seaplane. The Museum brings to life this fabulous adventure while paying tribute to the illustrious people who took part. A multitude of paintings, models of aircraft, imposing silhouettes, posters, documents and archives that are exposed retrace and allow to relive the history while

edifying the visitors on the various courses of the yesteryear Aéropostale pioneers.

This park is born from the crossing of the Senegal River and the Atlantic Ocean. The Langue de Barbarie is a long band of about thirty kilometers stretching from the north to the south of Saint-Louis. Created in 1976 and covering an area of 2,000 hectares, the National Park stretches over fifteen kilometers with a width of a few hundred meters to almost a kilometer between the Senegal River and the Atlantic Ocean. The part that is exposed to the sea consists of dunes fixed by filaos whereas, on the beachside, the sand serves as a nesting place for sea turtles.

A remarkable site that houses among others flamingos, pelicans, cormorants, herons, egrets, lapwings, whistling ducks, terns, and seagulls. This site also hosts thousands of migratory birds and must absolutely be visited. The National Park is also endowed with an extraordinary flora, there are Acacias, Prickly pears, Palm trees, and many other animal and plant species. 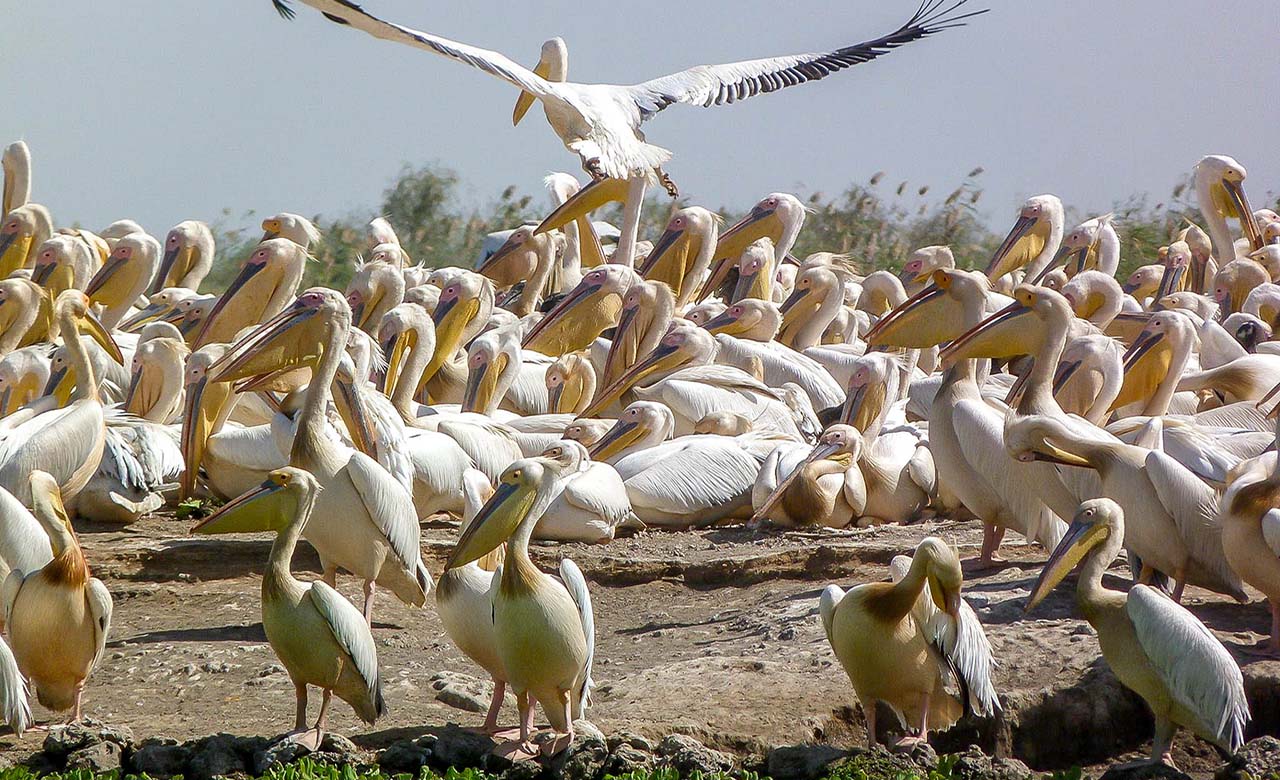 It is a paradise for migratory birds, located about 60 kilometers north of Saint-Louis. The National Park is ranked third bird sanctuary in the world. It was created in 1971 and covers an area of 16,000 hectares. It is classified by the Ramsar Convention as a “Wetland of International Importance” in 1980, and it was listed as a UNESCO World Heritage Site in 1981. It is one of the few green regions of the Sahel region that is made up of lakes, backwaters, fords, sandbanks, water lilies, acacia trees, reed beds, pintails, and shovel ducks, Flamingos of cormorants and many 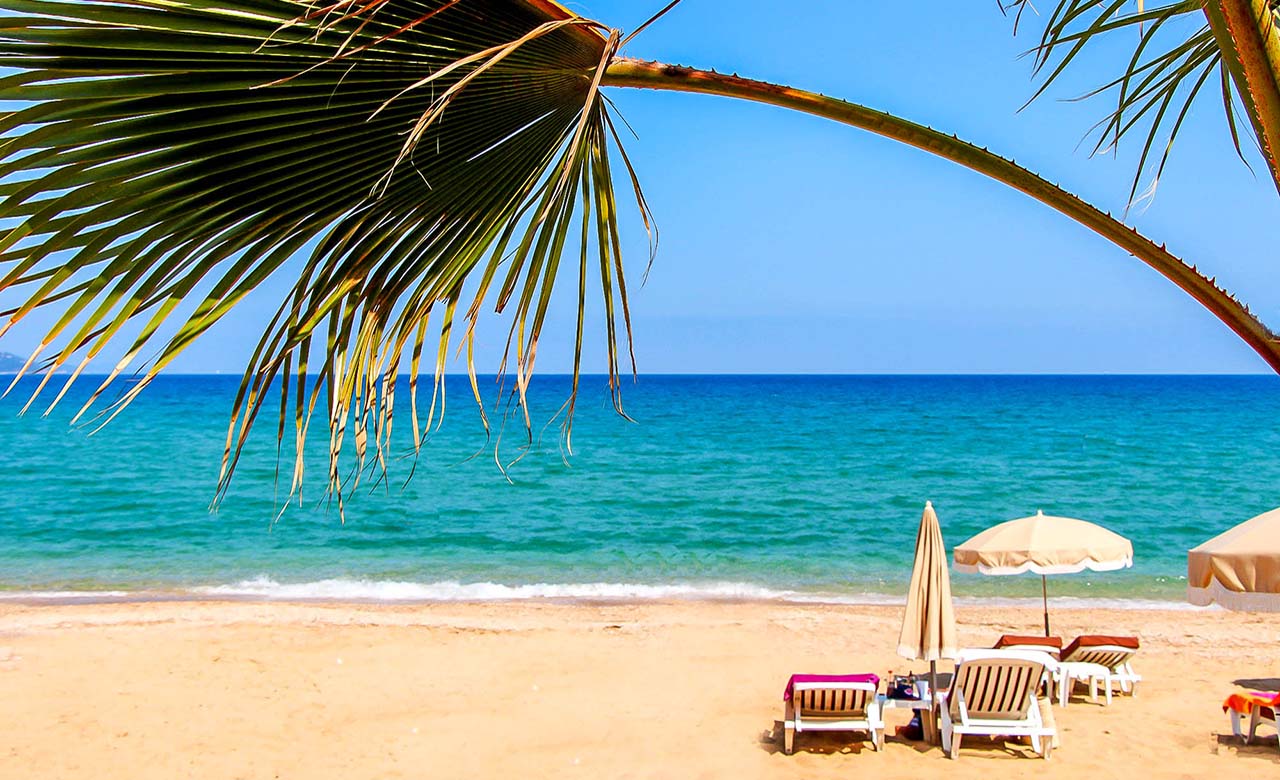 Saint-Louis is wonderfully endowed by nature. This city has some tens of kilometers marvelous beaches. The beaches are favorable for strolls, relaxation, sunbath, water sports (surfing, windsurfing, sailing, catamaran, canoeing, sport fishing) and many other activities. Walks by pirogue or on foot will allow you to discover not only the wonderful Saint-Louis landscapes but also an extraordinary flora and fauna. 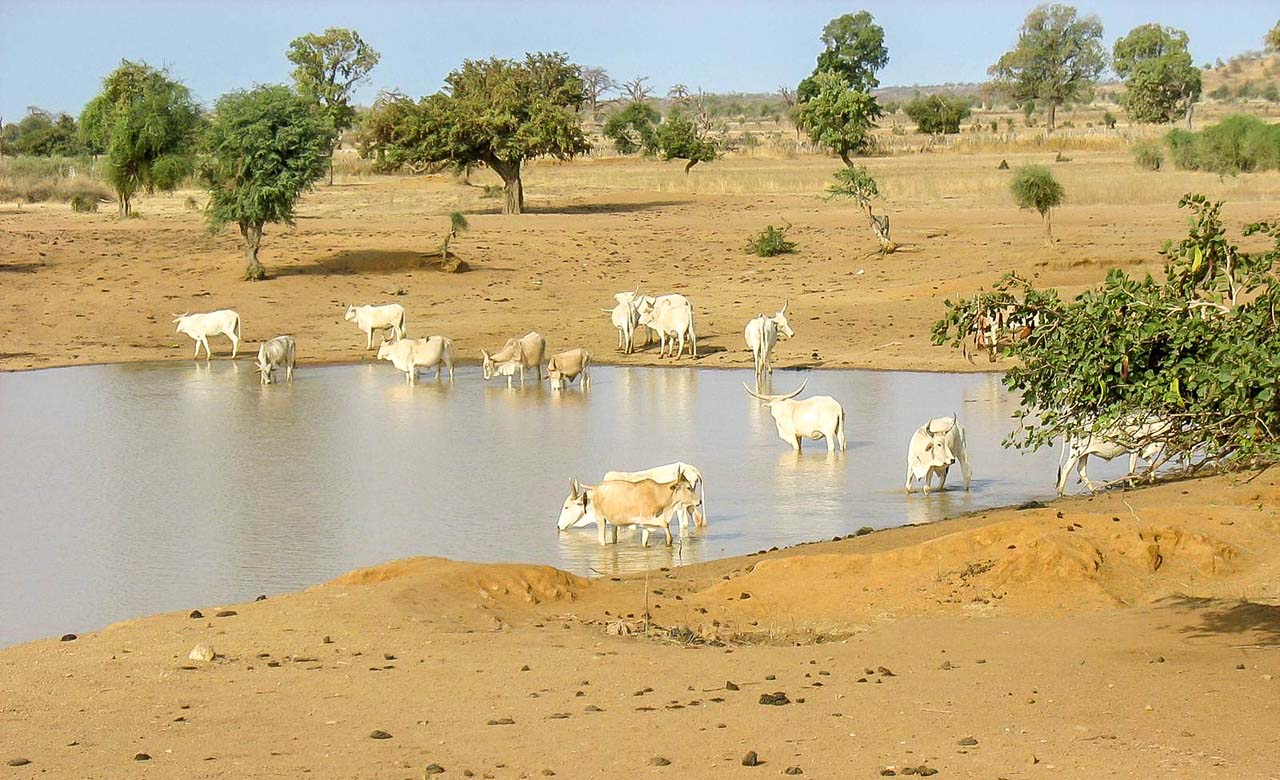 It is an old kingdom that is full of history and found in northern Senegal, bordering the left bank of the Senegal River between Dagana and Bakel. Fouta -Toro has a beautiful landscape made up of acacias and baobabs. A land of mysteries and values proudly guarded by its people. Architectural Treasures, mosques built in banco, called “omariennes”, remains of great Fulani kingdoms, forts and trading houses of the colonial era can be visited. Fouta Toro is mainly populated by Fulani and Toucouleurs, but there are also minority populations such as Oulofs, Sereres, Soninkés, Malinkés,

Bambara and various other tribes. 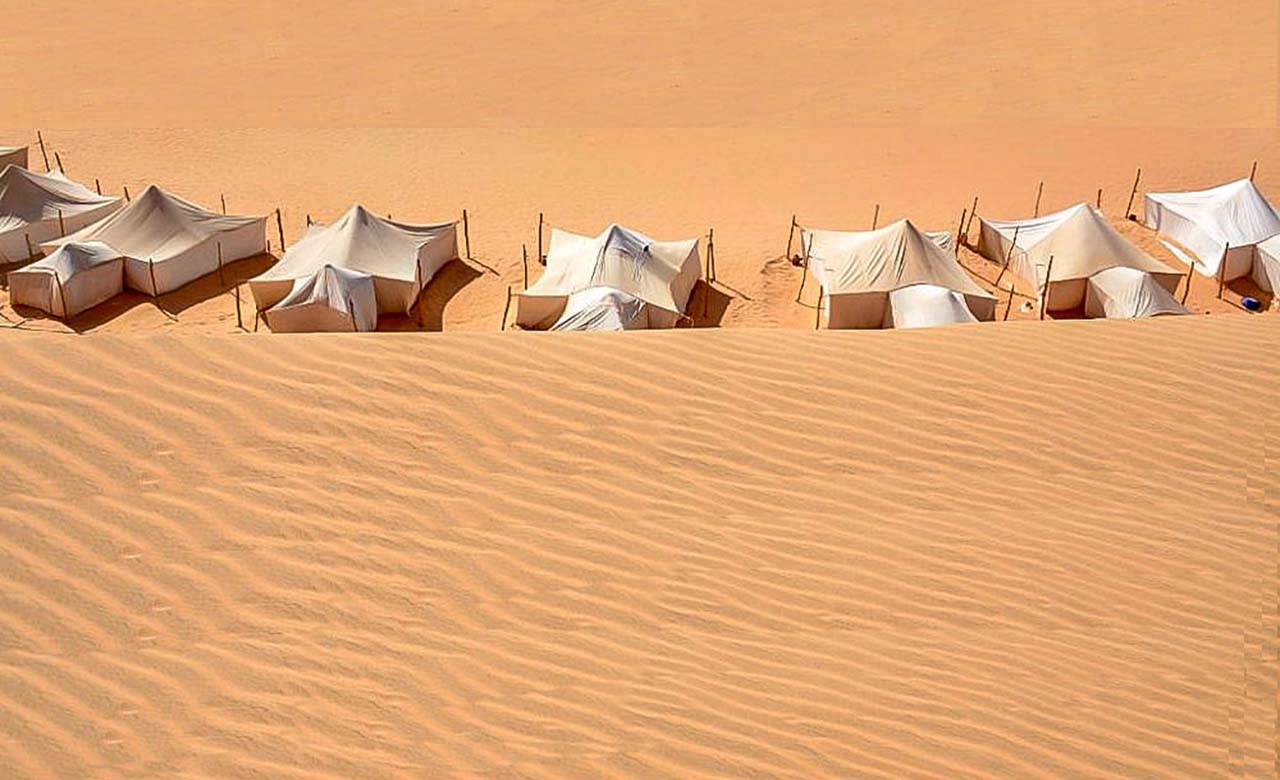 It is located in the Louga region, some 10 km from the Atlantic Ocean. The Lompoul desert is a desert zone found mid-way between Dakar and Saint-Louis. It covers a surface area of 18 km² with a mix of red and ochre tones sand. The dunes reach heights of 40 to 50m and there is almost no vegetation. The desert of Lompoul also has a restaurant that offers a delicious variety of fresh products. The Bar-Restaurant area offers an impressive panoramic view. It is a popular destination for nationals and foreign tourists and many activities are available. Take full advantage of this
magical setting lulled by the freshness of the sea breeze is a challenge of visitors. 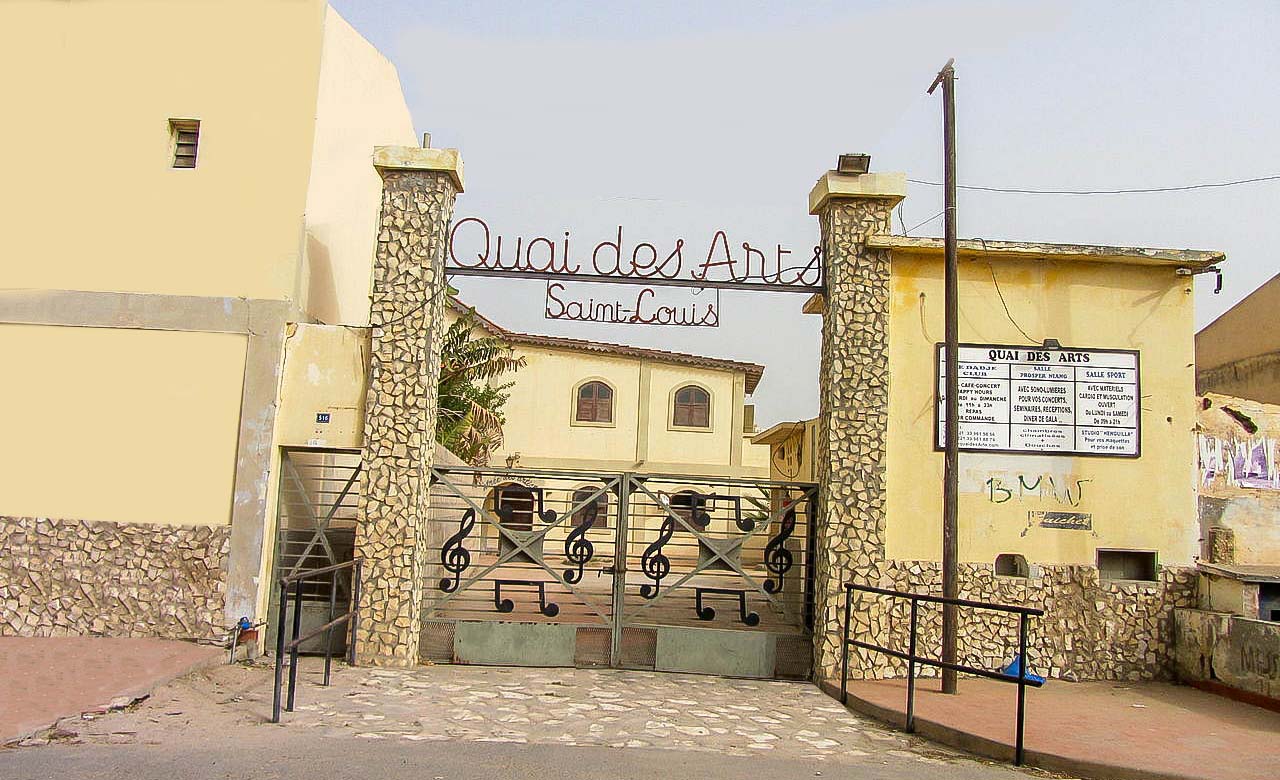 The Arts Dock was constructed in 2003. It is par excellence a place of all sorts of cultural production and broadcasting. It is a modern welcoming infrastructure that has an auditorium, libraries, several exhibition halls, a large cultural hall, a rehearsal room, creative workshops, and a conference hall for 168 people, with a conventional configuration and a pronounced unevenness that gives a perfect view. The Hydro-Québec studio of the Arts Dock is renowned for the quality of its acoustic sounds and for the comfort of artists and spectators. The Arts Dock was built to serve

as a place for cultural production and broadcasting for the general public, organizations, artists, and schools. It provides local cultural and educational organizations with a variety of facilities. This not only facilitates access to culture and education but also promotes creativity for the local and regional population.

The Artisanal village of Saint-Louis 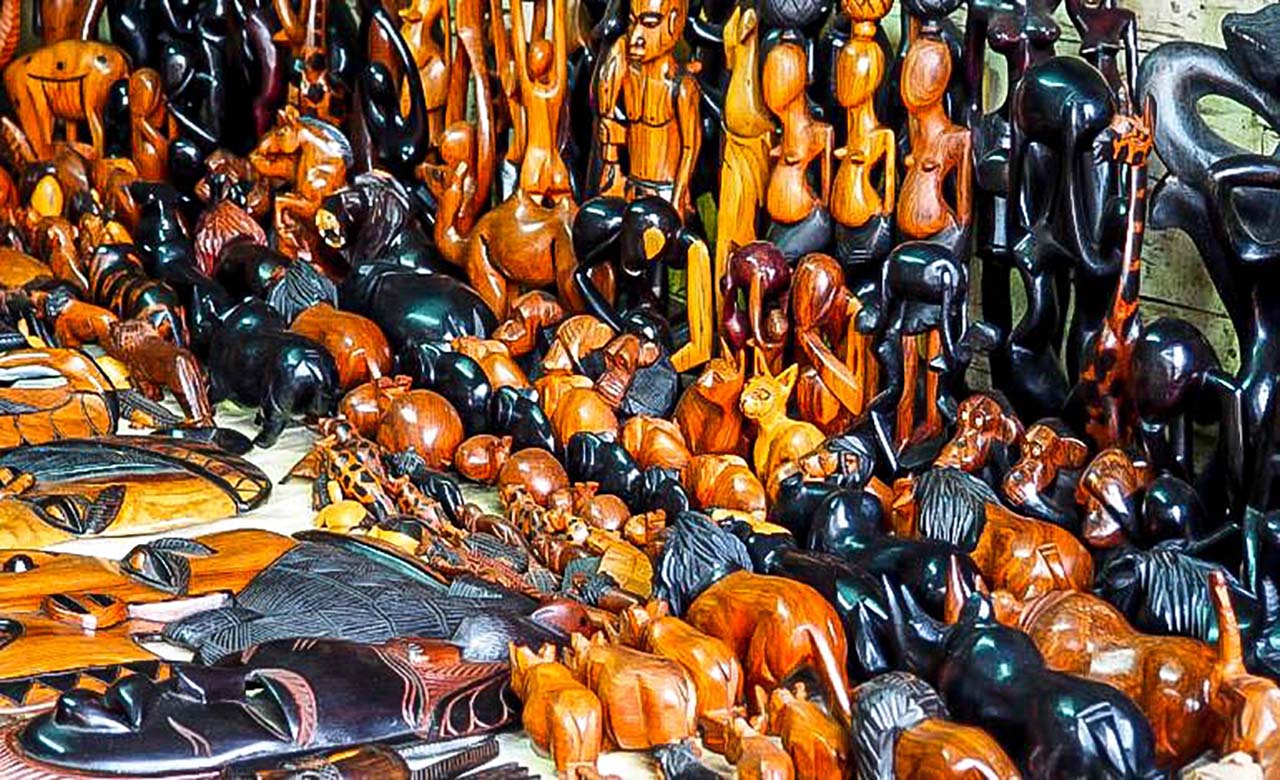 Several craftsman’s galleries and galleries of dealers of inspirational traditional craft objects will open their doors for you during your promenades or discovery tours. The artisanal village will welcome you with about 30 huts and stands, 8 professional trades (wood carving, jewelry, sewing/confection, shoemaking, weaving) and 3 craft units (fruit and vegetable processing, soap and dyeing). This site allows you to go shopping while watching artisans at work. You will be fascinated by the mastery of art shown by the artisans of the site. 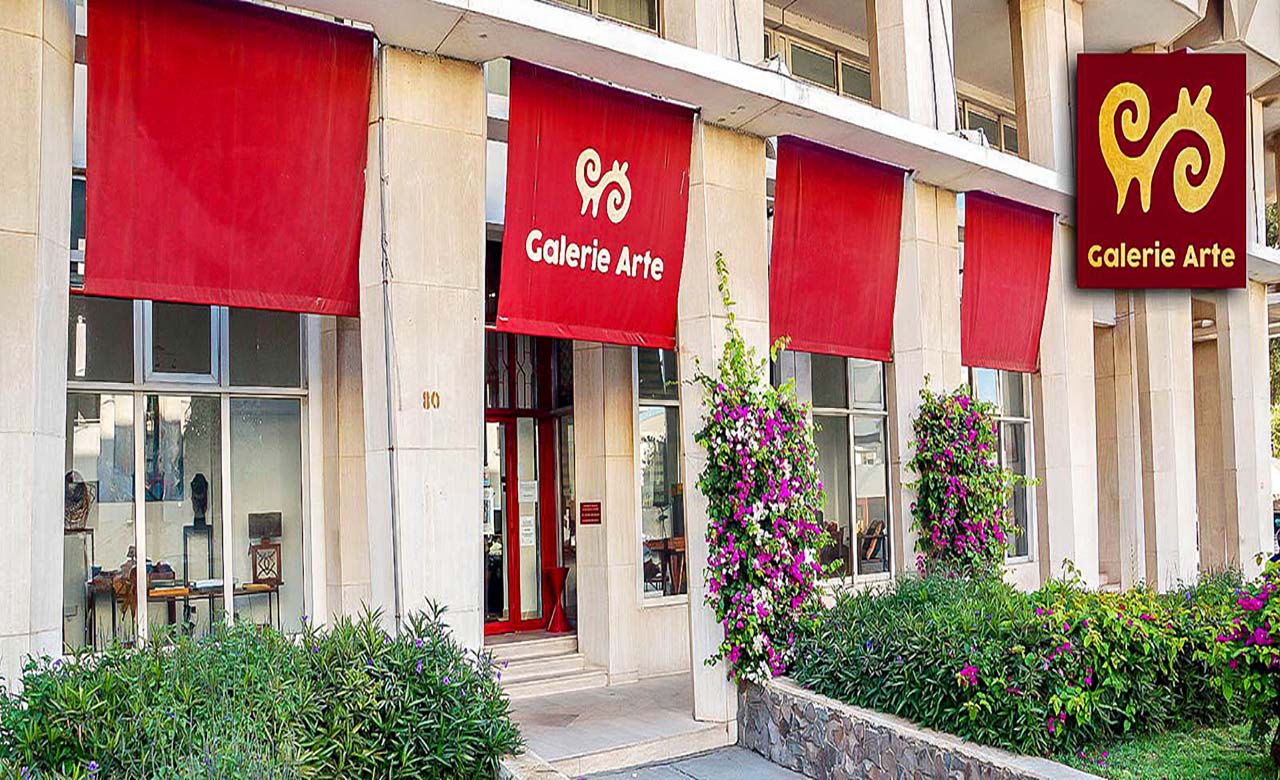 Founded in 1996 and located in the city center, the Arts Gallery is the first gallery of Contemporary Art and Design in Senegal. It is present in several Senegalese cities and presents itself as a large apartment in which design, African contemporary art, and craftsmanship coexist. Its fundamental concept is to value the different forms of contemporary creativity on the African continent. The gallery offers several exhibitions of contemporary art and crafts and also offers designer furniture made by excellent designers in precious wood species from Africa. The furniture on offer are of

excellent qualities and are made by local artists in the gallery’s workshops.

The Saint Louis Camee Museum is a small textile museum with a permanent exhibition and temporary exhibitions on traditional textile arts. Adornments, jewellery, themed photos and a small library that contains rare books in French and English. The description of different forms of weaving by the curator is exciting. Workshops are organized at the request of the inhabitants and for the travellers (weaving, embroidery). You will discover the Senegalese culture through its aesthetic traditions. The textiles will recount to you the history of clothing, structural and societal